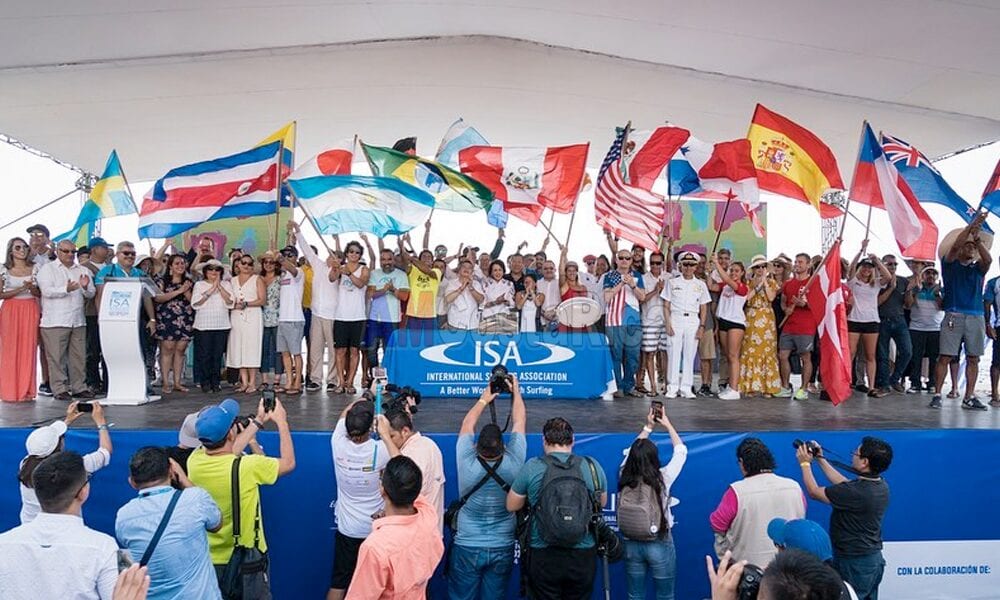 There is lots of hype in anticipation of the Tokyo 2020 Olympics, where surfing will make its debut as an Olympic sport. Surfers worldwide are getting super excited to have their sport celebrated in such an important and iconic setting, watch each other compete, and represent their country in a new way. There are lots going on in preparation as far as qualifications for which athletes each country is going to send to represent them in Japan. One of the main events is going to be the ISA (International Surf Association) World Cup 2020. The ISA has crafted a qualification process with approval from the International Olympic Committee (IOC) for Surfing’s Olympic debut at Tokyo 2020, ensuring the participation of the world’s best professional surfers as well as promoting universal opportunities for surfers from around the world at the Games.

Check out the link below for an informational video on how the qualification process is going to work:

The basic outline of the surf qualification requirements for the Olympics in Tokyo 2020 looks like this: 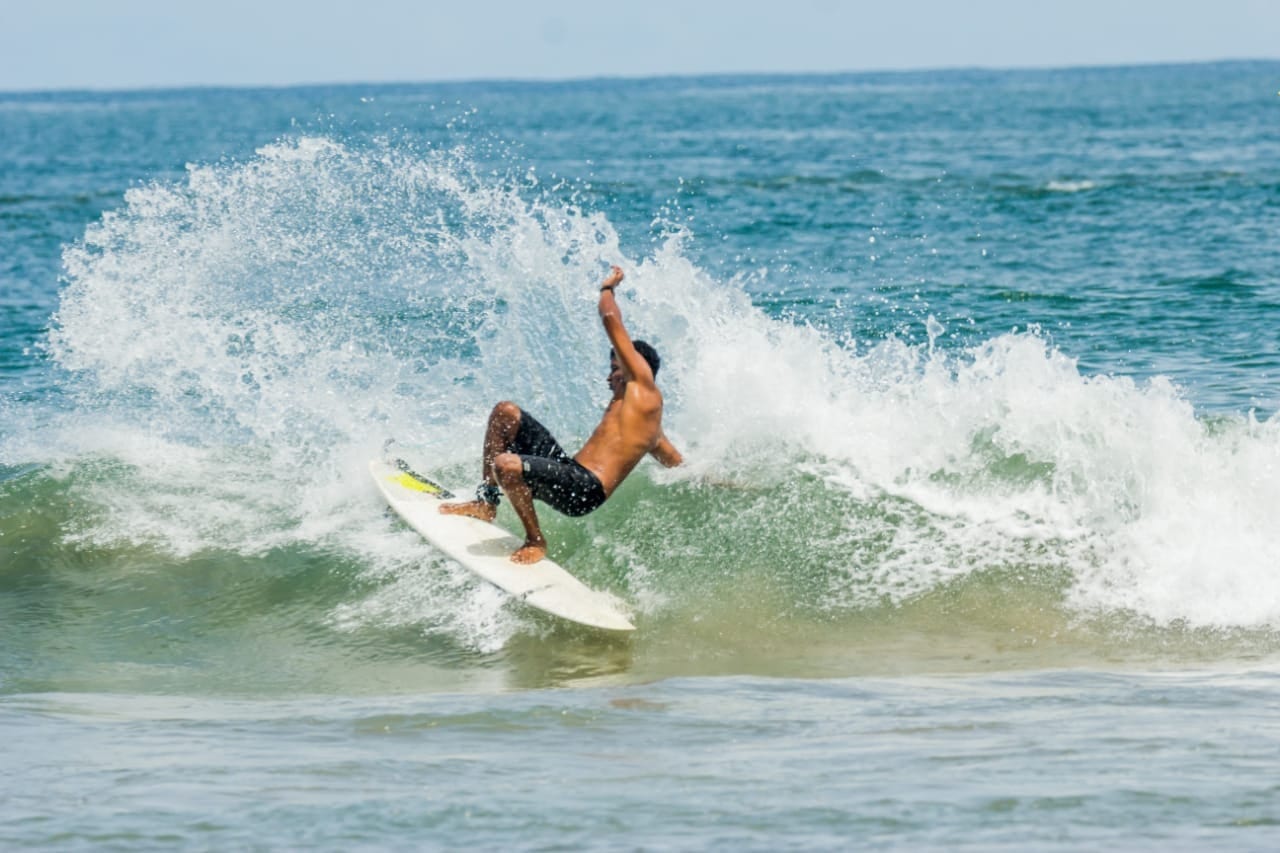 Right now, the main topic of discussion is where the 2020 ISA World Cup is going to take place. According to the federation, a meeting took place in Presidential House here in Costa Rica on Tuesday with the Minister of the Presidency, Víctor Morales Mora, the minister of Sports, Hernán Solano and the legislative deputy Melvin Núñez. The National Surf Federation announced that the government has put forward Costa Rica as one of the countries seeking to host the International Surf Association 2020 World Cup. There are 5 countries that have been nominated to hold the event: Costa Rica, El Salvador, Spain, Australia, and Japan. The winner is going to be announced by the International Surf Association this month! The main barrier to Costa Rica hosting the event is finding the funds to make it all happen because there is a fee charged by ISA. But the government is going to do everything they can to make it happen, as this is going to be one of the most exciting and important events in surfing history. It is expected that more than 4 million people worldwide will be watching. “The meeting at the Presidential House was very positive today. The government really wants the event in Costa Rica. We know that it is not easy because of the higher fee charged by the ISA for this World Cup, which is the most important in its history,” said Randall Chaves, president of the Federation. “In the Federation, we are supporting the government in search of the budget. We know it is not easy, but with the help of them (referring to public organizations) and the private companies we can do it. ”

One of Costa Rica’s very own, Brisa Hennessy of the national surf team, has already secured her place in the 2020 Olympics. In December, Hennessy received the recognition of her breakthrough performance of the year by Surfer Magazine. This huge recognition as a representative of women surfers came after Hennessey qualified for the Olympic Games. According to the Surf Federation, Hennessy receiving this award places her among the best surfers, such as Carissa More, Italo Ferreira, and Jamie O’Brien, among others. “Brisa is the only Hispanic American, and she also qualified for another year, thanks to her effective role in the second world division,” the federation said in its statement. This achievement is the first not only for Costa Rica in the sport of surfing but the first for Central America. Way to go Brisa, representing women, Costa Rica, Central America, and the sport of surfing in an incredible way! 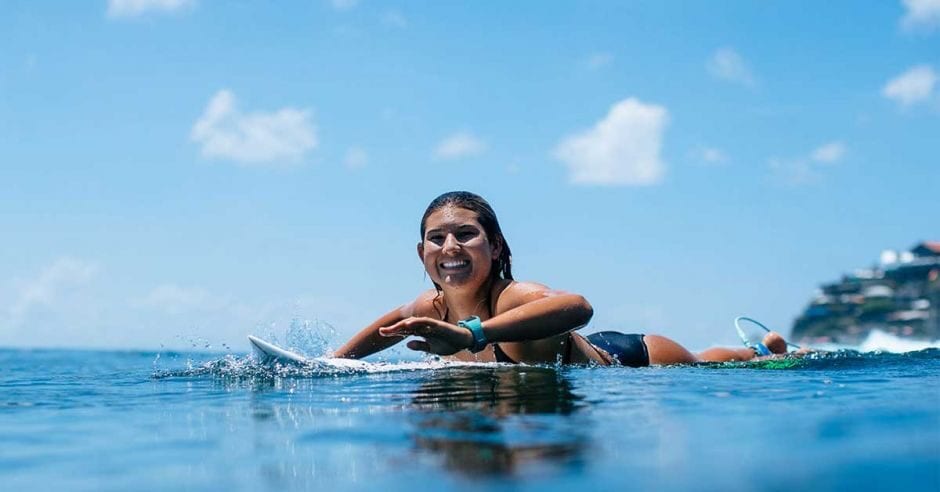 After accounting for the other people who have already qualified, there are still 12 spots left (5 men and 7 women) for the Olympics. The maximum number of seats per country is four, so Ticos have the chance to send one more woman and two men to Tokyo if they surf well in the qualifications. The world is going to be watching and we are going to be cheering them on!

Be sure to keep your eyes on the news like the announcement of the location of the ISA 2020 World Cup comes out. If it ends up being held in Costa Rica, make sure you come on down to see it! May is an amazing time to visit Costa Rica. The weather is beautiful and the waves are good! You can experience an amazing Costa Rica surf trip and surf the same waves like the pros while being able to watch one of the most iconic surfing events in history with your very own eyes. If you have surfed before, with Iguana Surf it is super easy and affordable to rent boards during your vacation and surf some of the best waves in the country. Or if you are new to the sport, sign up for a surf lesson (they start at just $45 per person!) and we are sure you will have an absolute blast. 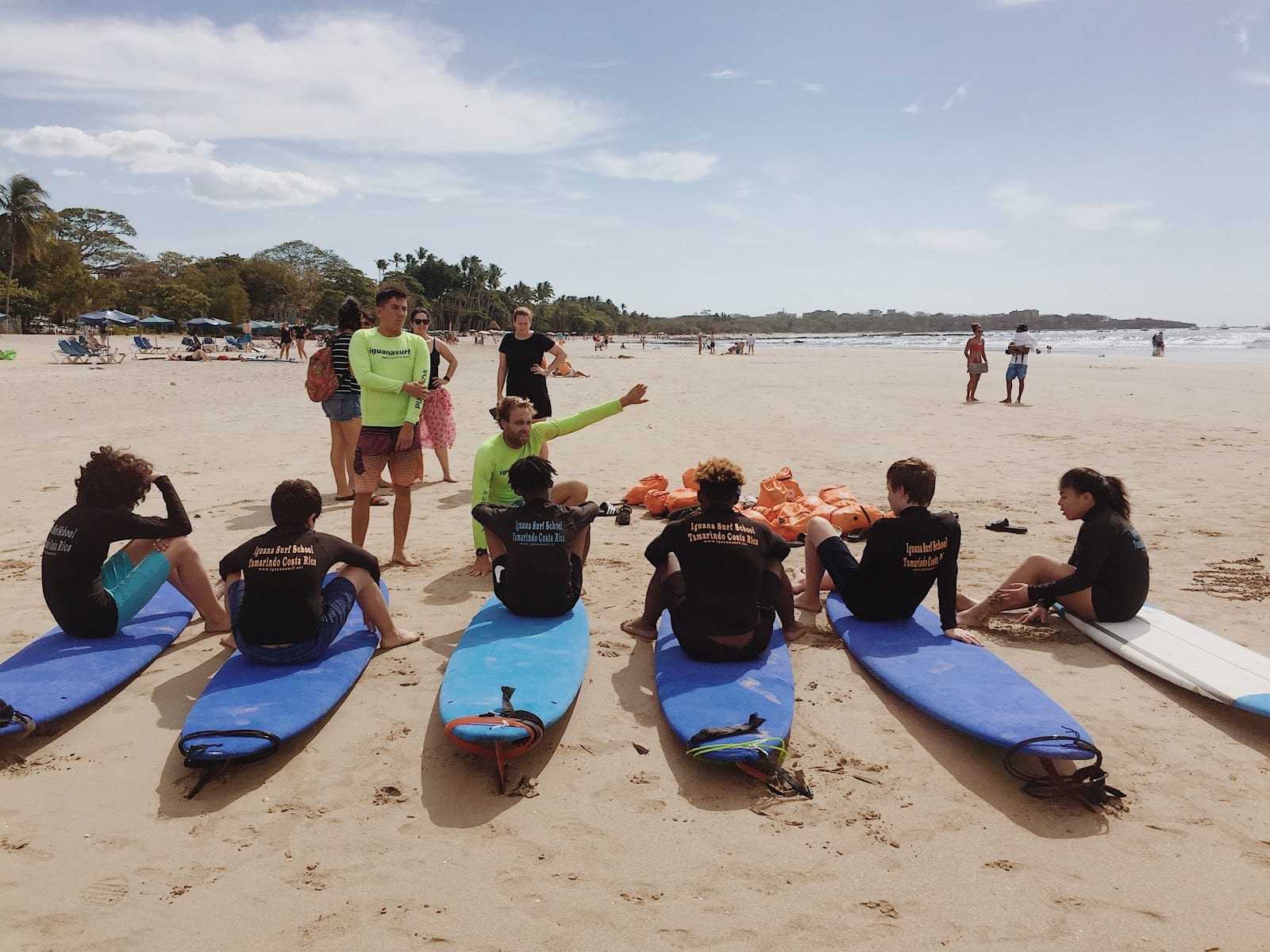 Experience all the culture and beauty that Costa Rica has to offer by trying out some other activities like zip-lining, sport fishing, or rafting while you are here. Costa Rica hosts such an incredible array of scenery, climates, and wildlife that you must experience. From surfing in the ocean to hiking at the volcanoes; sweeping, white sand beaches to the dense, lush jungles, it is truly a unique place that has so much to offer. You will not be bored on a vacation in Costa Rica!

No matter how we end up in the ISA 2020 World Cup and the Tokyo Olympics, we could not be more proud of our surfers and will be cheering them on all along the way. We can’t wait to welcome you to the Costa Rica surfing family as well! We will be cheering you on just the same when you come down to surf with us. So what are you waiting for? See you out on the waves! 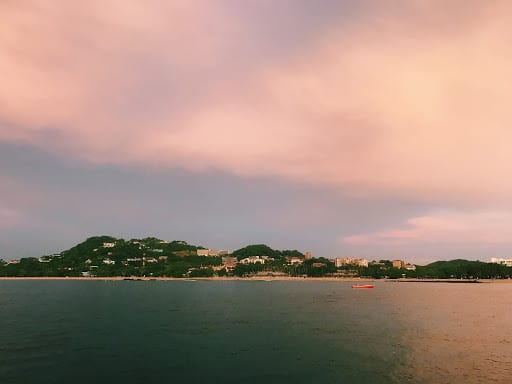