When you look at the Costa Rica surf town of Tamarindo today, you would never believe that just five decades ago it was a sleepy village at the end of a dirt road with no running water or electricity! The history of the town and Tamarindo surf is as eclectic as the thousands of people who visit every year and even those who call it home.

The History of Costa Rica’s Most Popular Surf Town 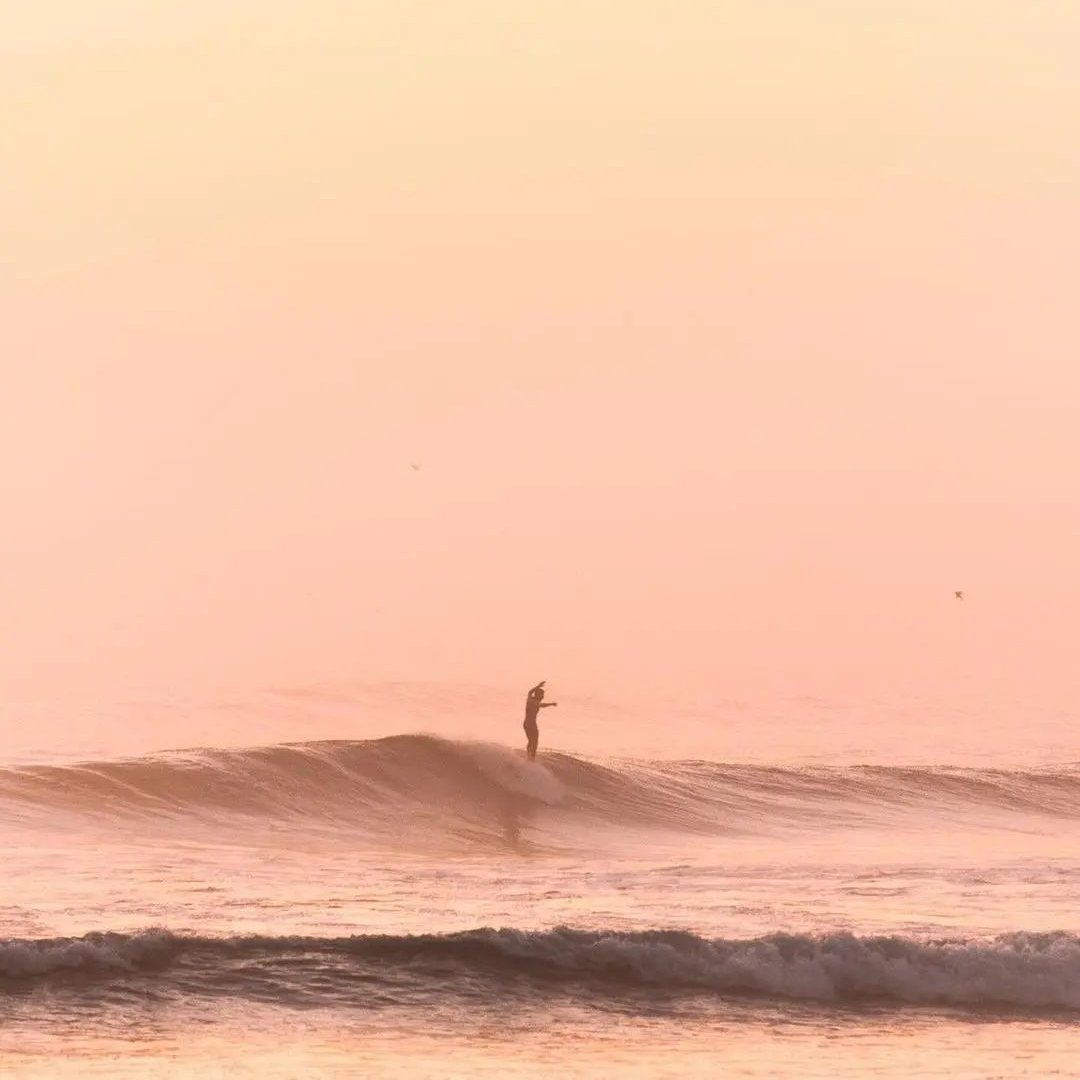 Up until the 1980s, Tamarindo was a barely populated fishing village, where local residents made their living catching and selling bass and red snapper in the estuary. In fact, Tamarindo was practically non-existent as a town or community before its tourism boomed. Tamarindo was made an official district in the Municipal County of Santa Cruz in 1995.

Although there was not much in the Costa Rica surf town prior to the 1980s, Hotel Tamarindo Diria was built in 1973 to cater to the tourists who were starting to discover the hidden gem. Tamarindo Diria remains a prominent hotel in the town to this day. This development was thanks to Adelita Zuniga, a Costa Rican woman who saw the tourism potential of Tamarindo, and building the main road by dynamiting through the hill near the estuary, providing access to the beach.

Electricity didn’t come to the Costa Rica surf town until 1974! After this, small businesses like stores and restaurants slowly began to open, including the Nogui Bar, which still operates along Tamarindo beach today and is a popular place for sunset cocktails. Back in these days, even fresh water could be hard to come by as local wells dried up every dry season before being replenished when the rains returned. The rural aqueduct of Playa Tamarindo was built in 1977, providing consistent access to fresh water for the Costa Rica surf town.

By the end of the 1990s, tourism in Tamarindo began to escalate. This was mainly due to the nearest airport in Liberia finally being able to accept international commercial flights in 1995. By this time there were still only a few places that provided lodging and a couple of restaurants in Tamarindo. Most of the development you see today happened over the past 25 years. In fact, phone service did not even reach the Costa Rica surf town until 1996! 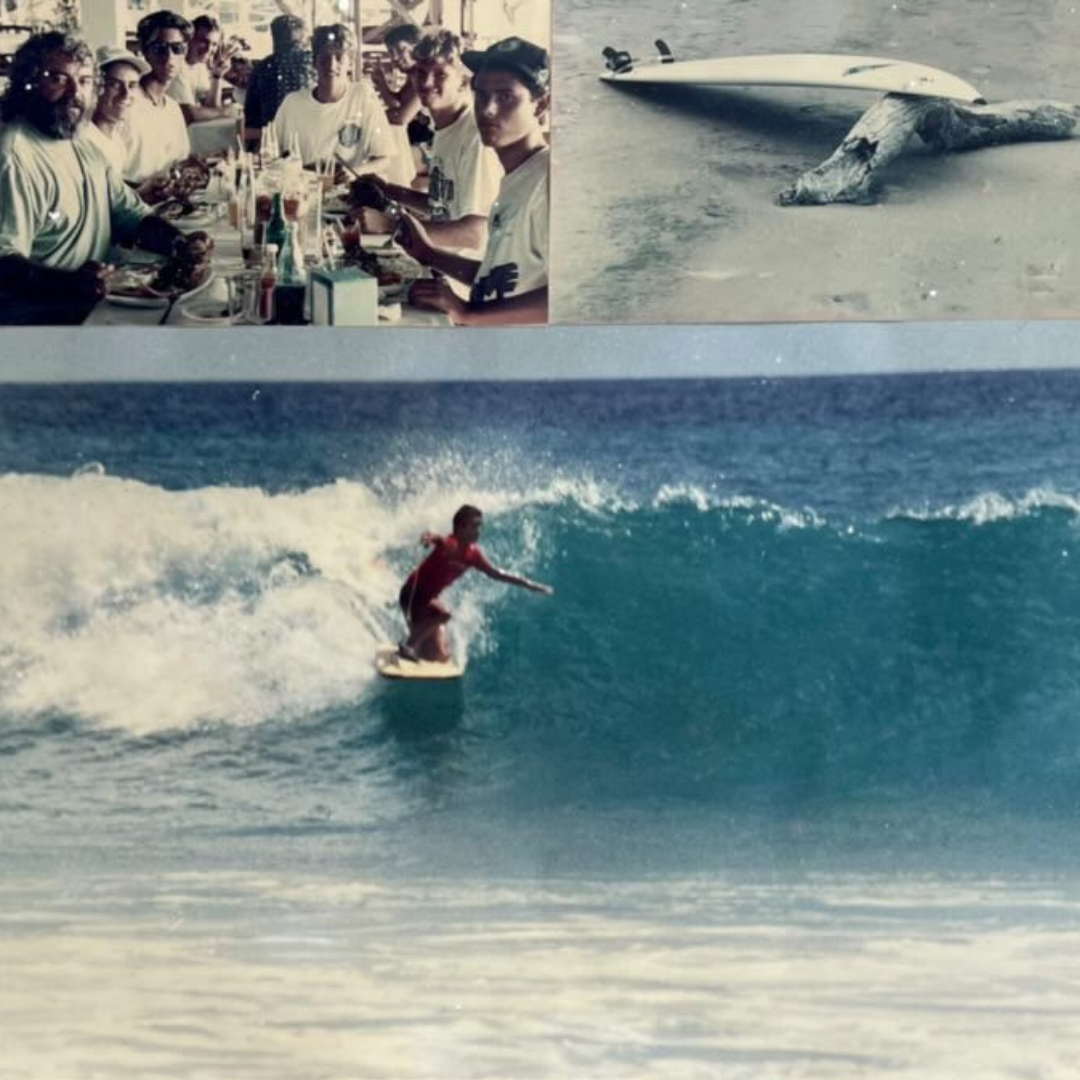 Adventurous surfers from North America who made it to Tamarindo in the early 1970s felt like they had discovered an ideal surf break that practically no one was riding. Since there were still very few housing options, many of the young surfers from up north camped out in their vehicles in what is now called the Tamarindo Circle. With only one international airport in San Jose and very few flights to north America at the time, many of these travelers made the entire trek from North America to Costa Rica in their converted camper vans.

One major development in 1989 was the establishment of the Iguana Surf Camp! Located on the main strip, it has stood the test of time for over 30 years, giving over 125,000 aspiring surfers their first lesson on a surfboard. The surf camp has grown a lot over the years, developing into a surf shop, tour agency, and surf boutique hotel for travelers who want to surf and stay at a luxury hotel.

Tamarindo was put on the surf map, so to speak, in the early 1990s when Bruce Brown filmed legendary surfer Robert August surfing Witch’s Rock, Ollie’s Point, and Tamarindo waves for their sequel surf documentary “Endless Summer II”. The original, “Endless Summer”, featured Robert August as a teenager searching the world for that perfect wave. The film is a classic piece of surf history and was the first of its kind, debuting in 1966. While these surf spots weren’t exactly secrets when “Endless Summer II” debuted in 1994, the documentary definitely put Tamarindo and the area on the world stage of surfing. 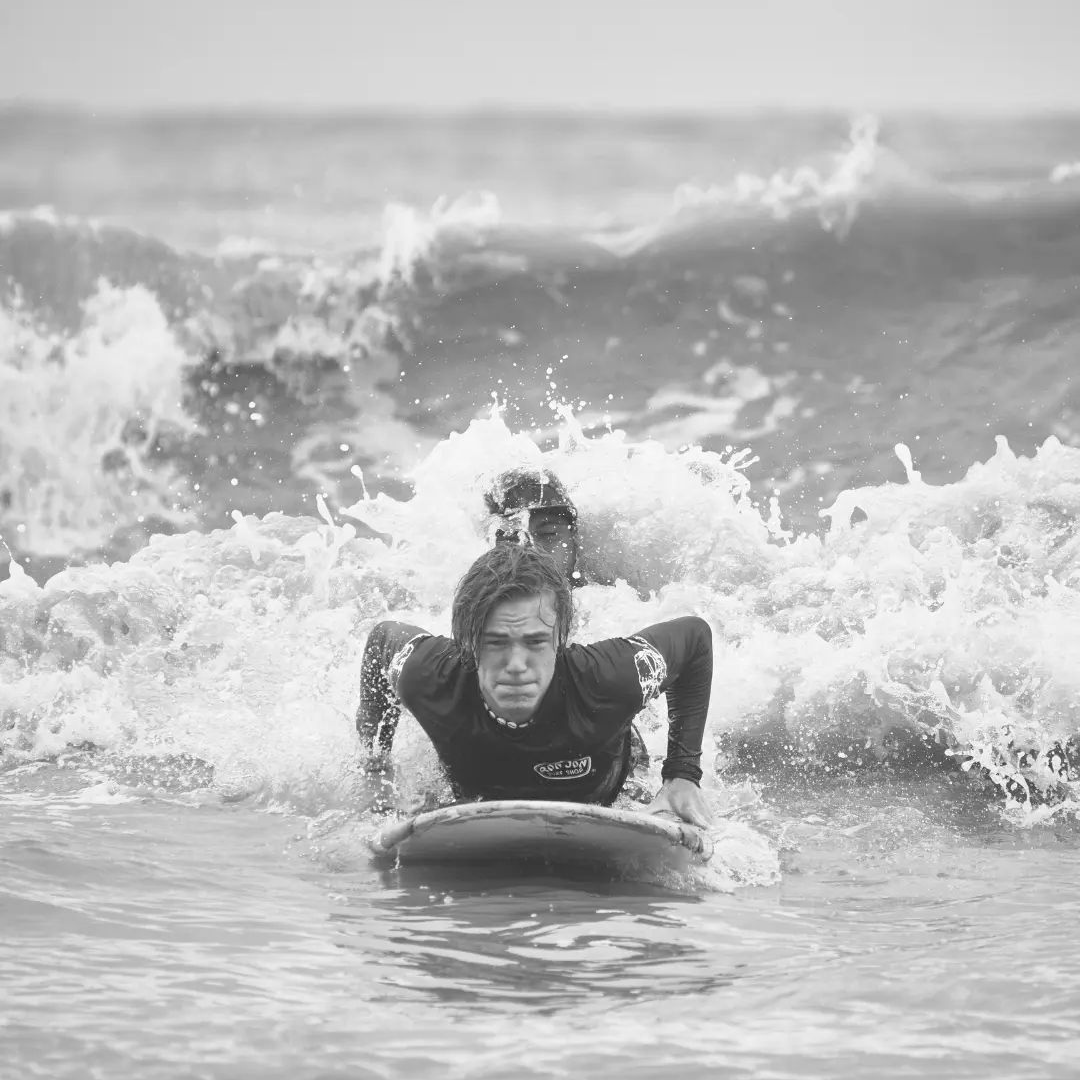 Robert August continued to support the growth of Tamarindo surf after the filming of “Endless Summer II”, moving himself and his family, and his business, to the Costa Rica surf town full time in 2011. August, now in his late 70s, moved his Robert August Surf Co. business from Huntington Beach, California to Tamarindo, Costa Rica, where he has a home overlooking the ocean, a resort with luxury hotel rooms, restaurants, a microbrewery, a surf school, and his very own board-shaping room, where he still makes his famous boards, most often with an audience. He’s shaped about 40,000 surfboards over the past five decades and the boards are available for purchase in Tamarindo to this day.

More growth followed international recognition for Tamarindo surf with the Tamarindo International Film Festival, which began in 2019 but was put on hiatus due to Covid. Another forced hiatus due to the pandemic has returned to Tamarindo Beach – competitive surfing. The Costa Rican Federation of Surf reactivated a surf circuit recently throughout the country, with Tamarindo getting their shot at the circuit in April with nearly 100 local competitors.

Today, the development and growing population of Tamarindo means the businesses and infrastructure are here to stay! No longer a ghost town during the low season from May to November, Tamarindo features everything you could want from bubble tea at a trendy cafe, to pipas frias (cold coconuts) sold on the side of the road. There are ATMs, a bank, medical and dental offices, multiple grocery stores, yoga studios, organic markets, surf shops, sailing and sport fishing offices, hostels, land, and air transportation companies, spas, schools, bakeries, gyms, a variety of souvenir and clothing stores, an art gallery, a casino, computer stores, mini golf, smoothie bowl stands, real estate offices, multiple restaurants and bars featuring international and local cuisine, and even a skate park. 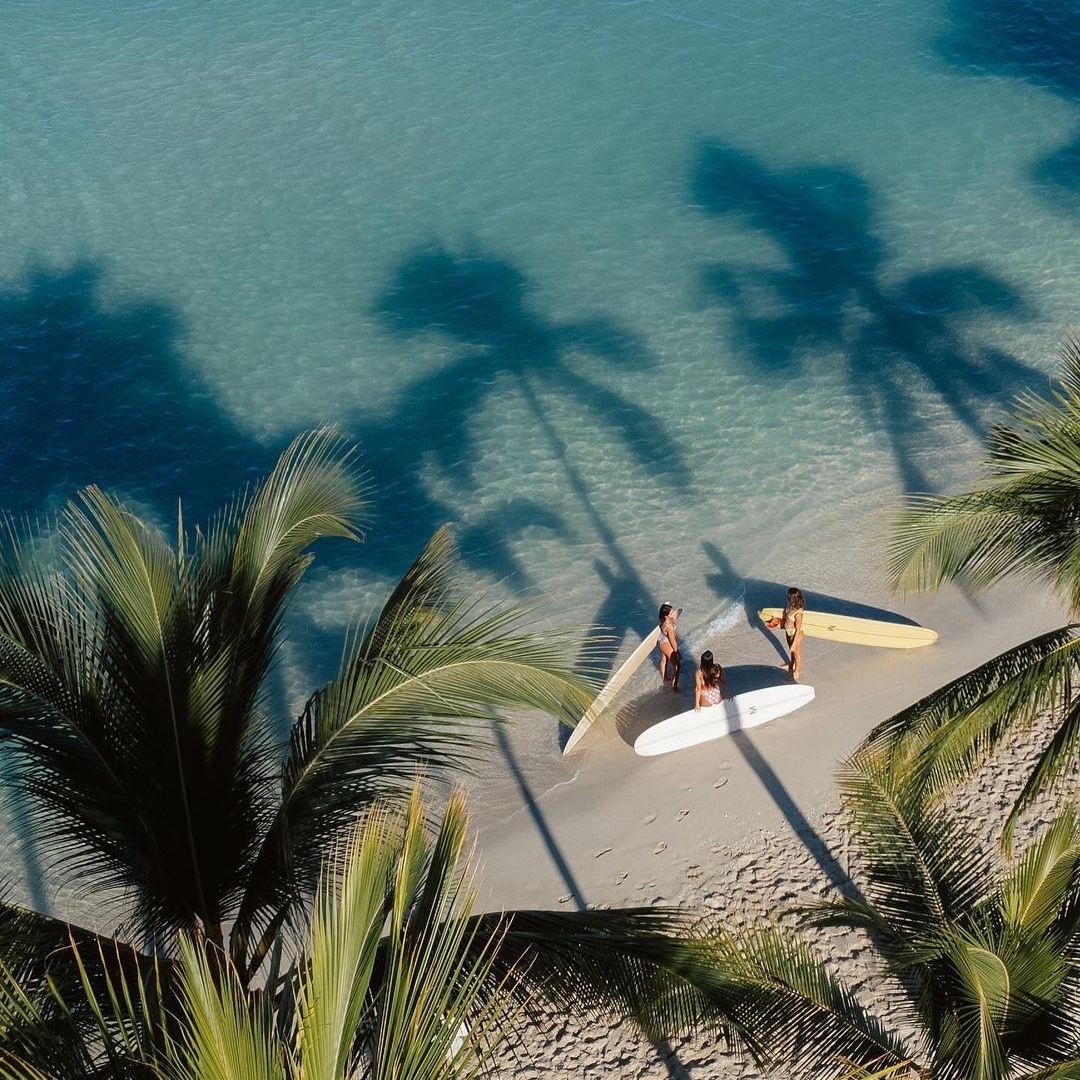 Tamarindo’s growth over the last 25 years has made it the most popular and populous surf town on the Pacific coast of Costa Rica. Its strong influence in the area of tourism and investment also pioneered the quick development of neighboring beach communities such as Playa Flamingo, Hacienda Pinilla, Reserva Conchal, and Playa Danta. These communities have since developed 5-star resorts, such as the Westin in Reserva Conchal, multiple condominiums and a brand new luxury marina in Playa Flamingo, a 4,500-acre gated community called Hacienda Pinilla with an 18-hole golf course, and the JW Marriot, and a luxury Mediterranean style beachfront housing development in Playa Danta called Las Catalinas.

Far from the little fishing village, it was before, Tamarindo now generates several job opportunities for the community and assures the long-term potential of the Tamarindo Beach area and its surrounding communities, guaranteeing a bright future with many new things to come for this beach town. Despite this development, Tamarindo has managed to maintain its Costa Rica surf town vibe, with travelers coming from around the world to offer fire shows on the beach, sell their homemade wares at the Saturday market, and share cervezas with the locals at Noguis Bar. So, if you have been thinking about learning how to surf, or even just taking a beach vacation, don’t hesitate any longer and book your vacation. Long gone are the days of long, difficult travel through the Americas to reach Tamarindo surf. With multiple flights now entering Liberia’s airport every day of the year from around the world, and a short drive from the airport to the beach, it couldn’t be easier to travel to Tamarindo! 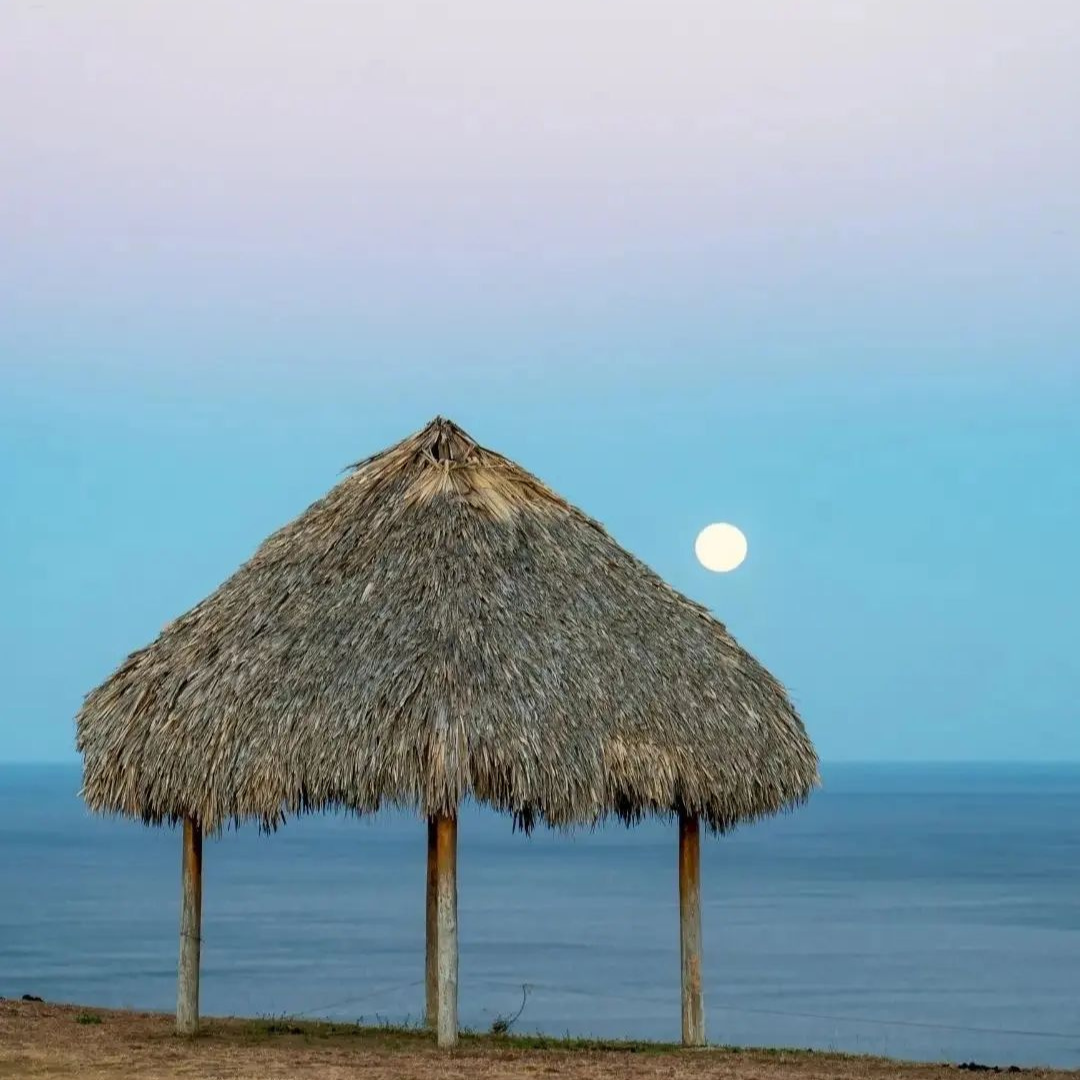